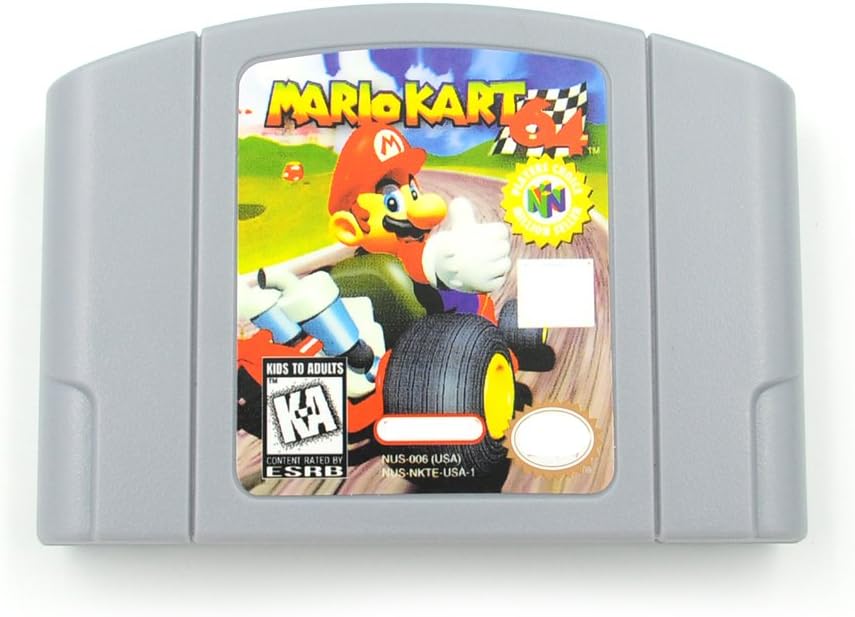 Let’s-a go! Mario may be one of the most famous video game franchises of all time, and an important chapter in the video game brand’s history is Mario Kart 64. As the first Mario Kart to incorporate 3D computer graphics within the gaming interface, Mario Kart 64 allowed gamers the option to choose between four different gaming modes as well as pick from eight separate racing characters in the Mario universe.

Released in December 1996 just a few months after the N64 international launch, the game sold over a million units in its first few months on the U.S. market. Whether competing against the computer, or friends in a head-to-head match-up, Mario Kart 64 remade racing games from the inside out. Advancements in N64 gaming technology allowed programmers to include new in-game features like ramps, bridges, tunnels, and pits which made for an even more dynamic and competitive playing environment. Collectable items along the way like banana peels, turtle shells, and lightening also allowed players to speed up, or hurt their opponents from afar - only further enhancing the experience of multi-player games.

With 9.87 million copies sold (and counting), Mario Kart 64 is ranked as the second best-selling Nintendo 64 game of all time, behind Super Mario 64. Mario Kart 64 inspired hours of friendly racing rivalry as up to four players could compete against one another. From the secret shortcuts to bombs and booby traps left on the track to befuddle fellow racers, this version continues to be one of the most popular games associated with the N64 gaming console.